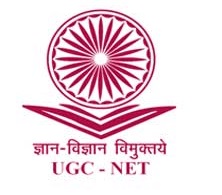 The National Testing Agency (NTA) has been entrusted by the University Grants Commission (UGC) with the task of conducting UGC-NET, which is a test to determine the eligibility of Indian nationals for ‘Assistant Professor’ and ‘Junior Research Fellowship and Assistant Professor’ in Indian universities and colleges.

Until June 2018, the NET was conducted by CBSE in 84 subjects at 91 cities across the country. Thereafter from December 2018 onwards, the UGC-NET is being conducted by the National Testing Agency (NTA).

UGC-NET is conducted twice every year. Due to postponement of December 2021 UGC-NET in view of COVID-19, the schedule of June 2022 UGC-NET has been delayed. In order to regularize the UGC-NET examination cycles, the National TestingAgency (NTA), with the concurrence of UGC, has merged both UGC-NET of December 2021 and June 2022 (merged cycles), so that they may be conducted together in CBT mode.