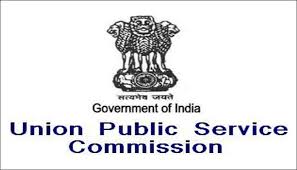 Combined Defense Services Exam acronym as CDSE is conducted by UPSC on a national basis to fill nearly 350-400 vacancies of Defense Officers (Army Officer, Air Force Officer, Navy Officer) in all the three branches ie. Army, Air Force and Navy of Indian Armed forces. Due to its National level approach this test is taken by most of the defence services aspirants on the priority basis. Brack of Vacancies will be as follows:

Note: Level of all the three paper is equivalent to the Metric Standard. There is no negative marking in the CDS exam so the candidate can attempt the full paper.

Important:-There is a break of 1 Hr each in all the parts of the paper. All three papers are held on the same day. Candidates can opt for Question Papers either in English or in Hindi. This option should be exercised while filling in the Application Form. It cannot be changed later.

CDS Exam Test Centres
Most of the major cities of the countries are made the test centres of the CDS Exam. Name of the cities made as to the CDS Exam centre last time are:

For opting Army, the candidate must be a graduate in any stream.

For Air force or Navy, the candidate must be a graduate with Maths, Physics and Chemistry as the Main subjects at this level

Those who are taking final years of graduation in the present academic year can also appear for the entrance test provisionally subject to their fulfilling the conditions later.

1. Educational Qualification
The aspiring candidate should have done Graduation in any discipline from a recognized university and equivalent.

The candidates should be between the age group of 18 years to 24 years.

The Citizenship of India, or
The subject of Nepal/Bhutan, or
Tibetan refugee who had been migrated to India before January 01, 1962, with the intention of Permanent Settle, or
An individual of Indian Origin migrated from Pakistan, Sri Lanka, Burma, Uganda, Kenya, Tanzania, Ethiopia, Malawi, Zambia, Zaire & Vietnam for permanent settle purpose in India.

CDS Exam consists of three papers of 2 hours duration each consisting of 100 questions from the following given subjects.

The English part of the question paper will be consist of questions aimed at testing the candidate's understanding of English and workmanlike use of words.

General Knowledge part of the paper including knowledge of current events and of such matters of everyday observation and experience in their scientific aspects as may be expected of an educated person who has not made a special study of any scientific subject.

The paper will also include questions on History of India and Geography of nature which candidate should be able to answer without special study.

Elementary Number Theory- Division algorithm. Prime and composite numbers. Tests of divisibility by 2,3,4,5,9 and 11. Multiples and factors. Factorisation Theorem. H.C.F. and L.C.M. Euclidean algorithm, Logarithms to base 10, laws of logarithms, use of logarithmic tables.

Use of trigonometric tables.

Simple cases of heights and distances.

Lines and angles, Plane and plane figures, Theorems on (i) Properties of angles at a point (ii) Parallel lines, (iii) Sides and angles of a triangle, (iv) Congruency of triangles, (v) Similar triangles, (vi) Concurrence of medians and altitudes, (vii) Properties of angles, sides and diagonals of a parallelogram, rectangle and square (viii) Circles and its properties including tangents and normals, (ix) Loci.

Important: For those candidates who opt only for the Officers Training Academy have to take two paper. ie English and General Knowledge