CAT 2019: There are 20 management entrance examinations held in India of which the Common Admission Test (CAT) is considered the most sought after. After cracking CAT, one is eligible to secure admission in top B-schools including the 13 IIMs (Indian Institute of Management).

With the introduction of the Common Admission Test in 1984, over the years, the management entrance examination underwent multiple changes. Earlier, the test was conducted in pen and paper mode, which switched to computer-based or online mode from 2009.

The IIM-Ahmedabad conducted the first computer-based CAT in 2009, but since the entrance examination faced several technical glitches, a re-test was held in January 2010.

After the establishment of the Indian Institute of Management (IIM-Calcutta, IIM-Ahmadabad) in 1961, the business schools started conducting the admission process on the basis of their own entrance examinations. But after IIM-Bangalore came up in 1973 and IIM-Lucknow in 1983, the management institutes decided to conduct a common entrance test on the lines of the Graduate Management Admission Test (GMAT) in 1984. 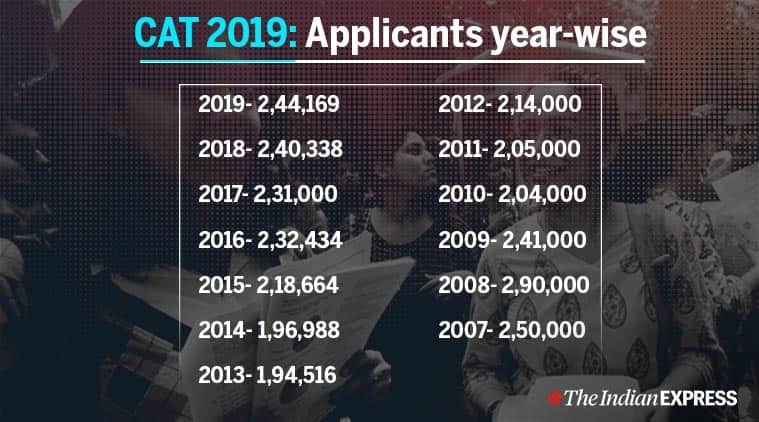 How CAT evolved through the years

After 25 years, the Common Admission Test (CAT) changed to computer-based (CBT) mode in 2009. A total of 2.41 lakh candidates appeared in the management entrance examination conducted by IIM-Ahmedabad.

The IIM-Ahmadabad conducted the examination again in January 2010.

For the first time in 2011, CAT conducted by IIM Calcutta witnessed major changes in the paper pattern. The paper was reduced to two sections from three, namely Quantitative Ability and Data Interpretation and Logical Reasoning and Verbal Ability. The total number of questions remained the same as 60 (30 in each section).

The paper pattern was changed again in 2014. IIM-Indore conducted CAT 2014 in a completely new pattern.

Punjab: 16-yr-old tied to a pillar, burnt alive in Mansa

NCP MLAs locked up in Gurgaon Hotel, we rescued them: Sanjay Raut

The new paper consisted of two sections with 50 questions each, whereas CAT 2013 comprised 60 questions, with 30 in each section.

The CAT examination was held over a period of 180 minutes. For the first time, the paper was of objective type, without multiple choice questions (MCQs), and the IIM allowed on-screen calculators in the entrance examinations. In 2014, the CAT was conducted over a period of two days in four different slots. But, 2015 onwards, the B-school entrance examination was held in a single day in two different slots.