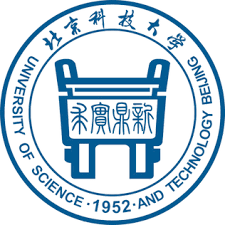 The University of Science & Technology, Meghalaya (USTM) is the first State Private University on Science & Technology in the entire North East India, sponsored by ERD Foundation, Guwahati. The University is being established in a picturesque landscape surrounded by tranquilled greenery in Assam-Meghalaya border just one km from G S Road, Baridua, 9th mile, opposite to CRPF Camp, Ri-Bhoi District of Meghalaya. It is about 85 kms from Shillong, the Capital of Meghalaya & 6 kms from Dispur, the Capital of Assam. The campus is well connected by Rail & Air which is only 15 kms from Guwahati Railway Station & 48 kms from Guwahati International Airport.

The University has been established under the provisions of the University of Science and Technology, Meghalaya Act (No.6 of 2008) enacted by Legislative Assembly of Meghalaya and notified vide Gazette Notification No LL(B)87/2008/21, dated 02.12.2008 of Government of Meghalaya. The University is empowered by the University Grants Commission, to award degrees as specified by the UGC under section 22 of the UGC Act, 1956. USTM has also received necessary approval from AICTE, New Delhi; NCTE, ERC, Bhubaneswar & Bar Council of India to run MBA, B.Ed. & LLB/BA LLB courses respectively.

With more than two years of focused study on the educational needs of the region by leading Academicians, Scientists and a group of Vice Chancellors and educational administrators of the region, USTM has started its systematic academic process in the year 2011. The University is dedicated to the cause of high quality science and technology education and advanced research in frontier and cutting edge areas leading to the creation of a University where innovation, invention and entrepreneurship remain the cardinal focus and thrust. Facilities are being offered with this long term goal with special focus and thrust on the S&T needs of this region. Creating the best graduates who can think, innovate and invent remain the all time driving force of USTM. The University is directing all its efforts to create the much needed S&T manpower to foster relentlessly the economic and social development of the region in an inclusive manner.