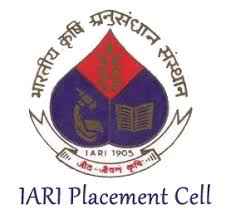 During the fifties, the advancement of scientific disciplines constituted the core program of IARI and provided the base for its fast expansion in the 1960’s and 1970’s. It attained the status of a Deemed University in the year 1958.  The green revolution that brought smiles to millions of Indians bloomed from the fields of IARI with the development of famous wheat varieties which contributed an estimated on billion tones of addition production.  As the Mother of several ICAR institutions, IARI continues to be the leading institution for agricultural research, education and extension in the country.

Currently, the Institute has 20 divisions 5 multi-disciplinary Centres situated in Delhi, 8 regional stations, 2 off-season nurseries, 3 All India coordinated research projects with headquarters at IARI and 10 national Centres functioning under the all India coordinated research projects. It has the sanctioned staff strength of 3540 comprising scientific, technical, administrative and supporting personnel.