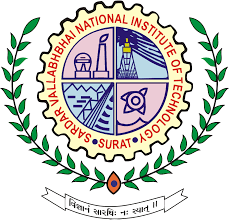 This Institute was established in 1961 as one of the RECs for imparting technical education in Civil, Mechanical, and Electrical Engineering. In the year 1983- 84 the Under Graduate programmes in Electronics Engineering was introduced and in the year 1988-89 the UG programmes in Computer Engineering and Production Engineering was started. In the year 1995-96, UG programme in Chemical Engineering was introduced. In exercise of the powers conferred by section 3 of the University Grants Commission (UGC) Act, 1956, the Central Government on the advice of the University Grants Commission, has declared the Sardar Vallabhbhai Regional College of Engineering & Technology (SVREC), Surat to Sardar Vallabhbhai National Institute of Technology (SVNIT), Surat with status of “Deemed University” with effect from 4th December 2002. The Institute has been granted the status of ‘Institute of National Importance’ w.e.f. Aug. 15, 2007. At present, the Institute is offering Six UG Programmes, Eighteen PG Programmes, and Three M.Sc. Five Years Integrated Programme including a doctoral programme in all the above branches.