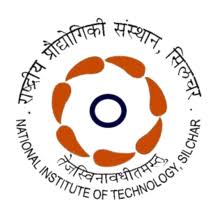 The Regional Engineering College at Silchar  Assam was founded in 1967 as a joint venture between the Government of India and the State Government of Assam to cater to the country's need for manpower in technology. RECs were jointly operated by the central government and the Assam state government.

The college was conferred with autonomy in financial and administrative matters[when?]. In 2002, the institution was granted Deemed University status with the approval of the UGC/AICTE and was renamed the National Institute of Technology, Silchar. In 2007, through the NIT Bill, the Indian government declared the National Institutes of Technology as "Institutes of National Importance". Now NIT Silchar is a premier engineering institute in Assam along with IIT Guwahati.