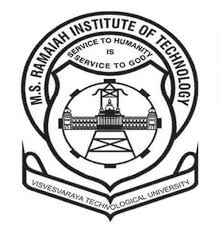 Ramaiah Institute Of Technology (RIT), formerly M.S. Ramaiah Institute of Technology (MSRIT), is an autonomous private engineering college located in Bangalore, Karnataka and is affiliated to the Visvesvaraya Technological University headquartered at Belgaum, Karnataka, India. The college was established in 1962. Since August 2007, RIT has been academically autonomous for both Undergraduate and Postgraduate Programs.While VTU will still award the degrees, the college has academic freedom in framing its own schemes of study, curricula and student evaluation. RIT offers undergraduate and graduate courses of study and research including Bachelor of Engineering, Bachelor of Architecture, Master of Technology, Master of Business Administration and offers programs leading to award of PhD in various disciplines. RIT is also a research centre in 12 areas including engineering and management disciplines. RIT is the only engineering college in Bangalore that is autonomous for both undergraduate and postgraduate courses.

The institute has academic alliances with Intel, IBM, Schneider Electric,JSW Steel, Cognizant EMC, Nokia and other multinationals. It also partnered ISRO in 2010 to build the StudSat nano satellite and RIT was chosen in 2012 to join the consortium of colleges that would assist ISRO in thepresntl StudSat-2.The institute is also credited for the development of India's first unmanned air vehicle (UAV) with an autopilot system.