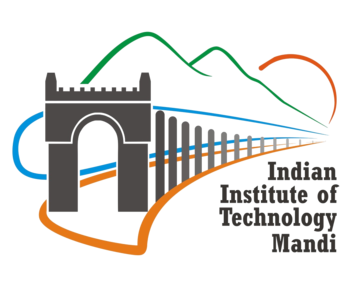 IIT Mandi has been on a rapid course of development as is evident from the following milestones:

1. The laying of the foundation stone at Kamand, the site for the permanent campus of IIT Mandi, took place on 24th February 2009.

2. The IIT Mandi Cell was set up at the IIT Roorkee on 18th March 2009, to steer the activities of the IIT Mandi.

3. A Preliminary Project Report ( PPR ) outlining a road map of 10 years for development of academic program, campus development and related issues was finalized initially on 25.4.2009. A major component of the report was development of a scaled drawing of the 538 Acres of land at Kamand and its land-use-plan. The report was submitted to Govt. of H.P. in April 2009.

5. The admission of the First batch of students of IIT Mandi took place in July 2009 and their classes were conducted from 27th July 2009, onwards. Staying arrangement for IIT Mandi students was made in student hostels, Rajendra Bhawan (Boys) and Kasturba Bhawan (Girls).

6. Plans were finalized for development of a Transit Campus of IIT Mandi at Govt. Post graduate College, Mandi in August, 2009 during the visit of Shri Ashok Thakur, Additional Secretary, Govt. of India, MHRD, Department of Higher Education, on Aug. 13th, 2009. This campus will start functioning in near future and will be in operation till the main Campus at Kamand is developed.

7. Revised PPR was finalized on Sep. 15, 2009 after incorporating changes in the forest land by excluding patches of dense forest.

10. The first meeting of Building & Works Committee, exclusively for IIT Mandi, took place on Dec. 14, 2009 to consider mainly the preliminary estimates submitted by CPWD for development of the Transit campus at Mandi. The First meeting of Finance Committee and BOG of IIT Mandi took place on Dec. 21, 2009, when the estimates prepared by the CPWD (for renovation of the Transit Campus buildings as well as Construction of a laboratory block and students activity centre etc) on the basis of Architectural drawings prepared by M//s R. P. Vaidya Associates - Space Matrix, were approved. BOG also approved specialization of Faculty and Grouping of Non-Teaching Staff for reservation purposes etc for IIT Mandi.

13. The website of IIT Mandi was activated under the domain name iitmandi.ac.in on Feb.2, 2010, by ERNET India.

14. The first advertisement for faculty and non-faculty positions of IIT Mandi appeared in the Times of India on Feb.3, 2010.

16. On Tuesday 8th June, 2010 Dr. Aniruddha Chakraborty joined as the first faculty member of IIT Mandi. His research interests are in theoretical physical chemistry and he is an Assistant Professor in the School of Basic Sciences at IIT Mandi.