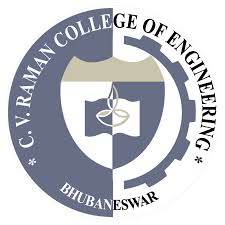 C. V. Raman College of Engineering, Bhubaneswar, also called CVRCE, is an Autonomous engineering and management institution in the Capital City of Odisha, which was established in 1997 under C.V. Raman Group of Institutions. The institute is accredited by NBA. The college certifies to ISO 9001:2000.

The institute is rated as "A" Grade Engineering college by NAAC and is affiliated to Biju Patnaik University of Technology. The college is also conferred with autonomous status, first of its kind in the state of Odisha by UGC. CVRCE is placed at 92nd Position among Engineering Institutes including NITs and IITs, in an all India Ranking carried out by National Institutional Ranking Framework (NIRF) 2017, an initiative of Ministry of Human Resources and Development, Government of India.