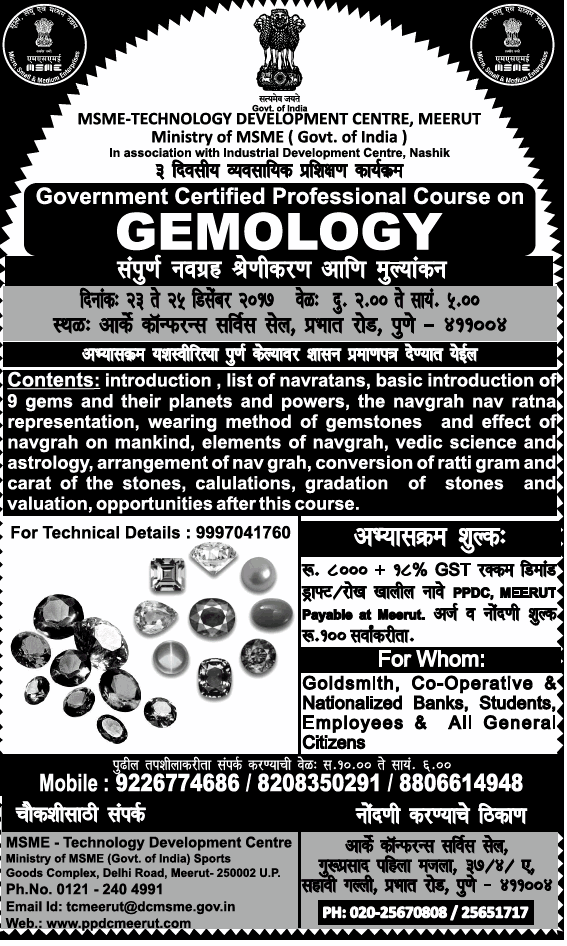 Micro, Small and Medium Enterprises (MSME) sector has emerged as a highly vibrant and dynamic sector of the Indian economy over the last five decades. MSMEs not only play crucial role in providing large employment opportunities at comparatively lower capital cost than large industries but also help in industrialization of rural & backward areas, thereby, reducing regional imbalances, assuring more equitable distribution of national income and wealth. MSMEs are complementary to large industries as ancillary units and this sector contributes enormously to the socio-economic development of the country.

Khadi is the proud legacy of our national freedom movement and the father of the nation. Khadi and Village Industries (KVI) are two national heritages of India. One of the most significant aspects of KVI in Indian economy is that it creates employment at a very low per capita investment. The KVI Sector not only serves the basic needs of processed goods of the vast rural sector of the country, but also provides sustainable employment to rural artisans. KVI today represent an exquisite, heritage product, which is 'ethnic' as well as ethical. It has a potentially strong clientele among the middle and upper echelons of the society.

Coir Industry is an agro-based traditional industry, which originated in the state of Kerala and proliferated to the other coconut producing states like Tamil Nadu, Karnataka, Andhra Pradesh, Orissa, West Bengal, Maharashtra, Assam, Tripura, etc. It is an export oriented industry and having greater potential to enhance exports by value addition through technological interventions and diversified products like Coir Geotextiles etc. The acceptability of Coir products has increased rapidly due to its 'environment friendly' image.

Ministry of Micro, Small & Medium Enterprises (M/o MSME) envision a vibrant MSME sector by promoting growth and development of the MSME Sector, including Khadi, Village and Coir Industries, in cooperation with concerned Ministries/Departments, State Governments and other Stakeholders, through providing support to existing enterprises and encouraging creation of new enterprises.