The board is currently conducting the Group C (ALP and Technician) first stage examination to fill over 66,502 posts. Once the Group D admit cards are released, the candidates have to log in using their registration number and download the call letters. The admit card carries important details like name, exam centre and time. 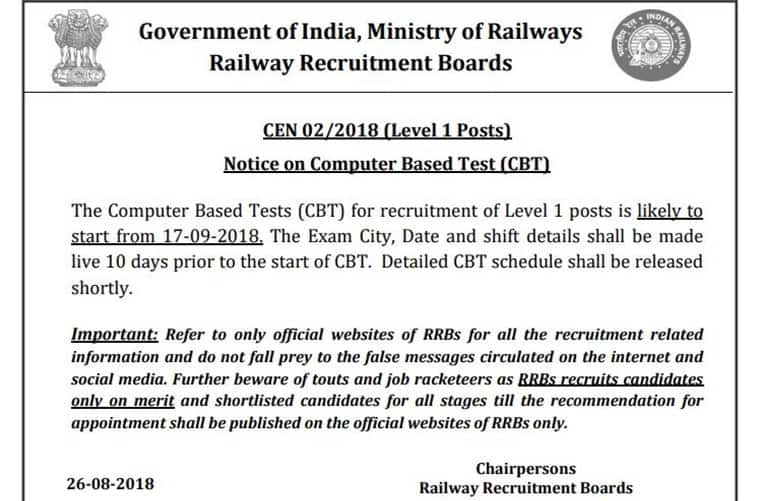 Objective type questions on Mathematics, General Intelligence and Reasoning, General Science, General Awareness on current affairs will be asked. The exam duration is 90 minutes. Note that there will be negative marking for incorrect answers in the CBT. 1/3 of the marks allotted for each question will be deducted for each wrong answer.

The selection process of the RRB group ‘D‘ recruitment comprises of the following three stages:

Computer Based Test (CBT): This would be an online test of 90 minutes and will have 100 multiple choice questions.

Physical Efficiency Test (PET): In this, a candidate’s physical capabilities will be tested by means of some tasks. These would be different for men and women.